I’ve been away. Living, like a friend so accurately put it. First east, then west. Exploring places, meeting people, embracing all that is new and precious, but also facing challenges, overcoming obstacles and testing my boundaries. I’ve learned so much and I’m grateful for all that makes me bigger and wiser. I have so much to tell you, as soon as I find the spot where to start. You know how things happen in a certain sequence, but then they eventually find a way to regroup when your experiences eventually get new meanings. Once there is a missed opportunity, then there is an unexpected opening. One soul dies, another one is born. When time passes, it does not seem important at all in which order everything took place. All you see is how it all interconnects. 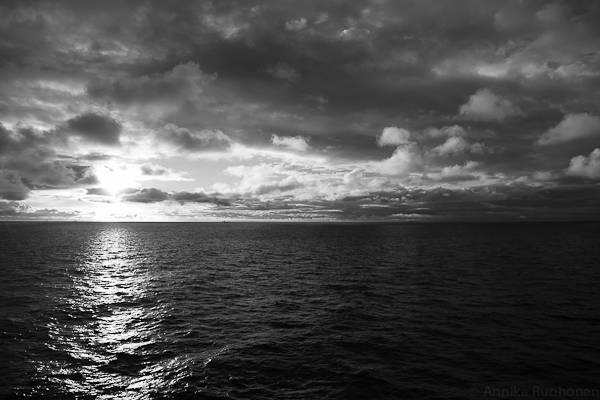 I took these sea images while crossing the sea between Finland and Sweden. It was horrendously windy and cold, which you can’t really see in the photos. They were all taken within 15 minutes. There were all kinds of weather around me. Double rainbow in the west, beautiful glowing sunrise in the east, deep blue skies in the north, amazing cloud formations in the south. And all that water. Stockholm was glorious in its fantastic autumn coloring and tender Sunday sunlight. Every time I visit Stockholm I taken by the friendliness and happiness of the people. 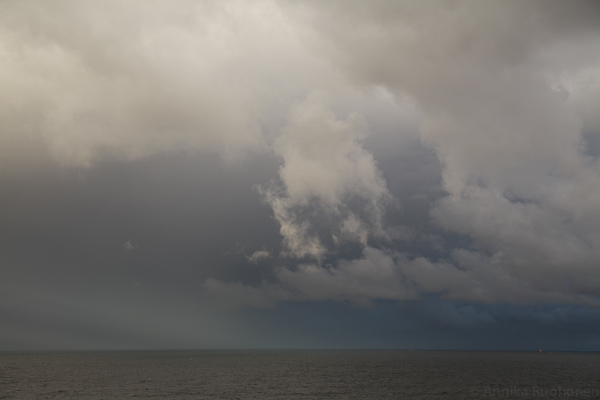 Just before my trip to Stockholm, I spent some time with friends in St. Petersburg. The train ride from Helsinki takes only three and a half hours and getting around St. Petersburg by metro is really easy. I think I have to go back, there are so many places in that town that were left unexplored, and people that were just becoming familiar to me. We stayed in an apartment that belonged to a young woman whose father is an artist. There were his paintings on the walls and I was fortunate enough to learn much about him. I’m sure I will write about him later and share some pictures of his paintings. I think I fell in love with the city, its cafés and the people, Pushkin and the Bronze Horseman, the language that I had almost forgotten, unexpected rain showers and crowded metro cars, the SPB punk scene and smoky cabs.

Somewhere in between my travels I went to a funeral. It was a truly beautiful occasion with so much warmth and feeling and one rarely encounters. For me it felt like the whole world stopped. I sat there listening to a very skillful violin player and a pianist who belong to the family perform for us and being in that moment was so intense that it felt like life had been scraped off of all the unnecessary debris, leaving only the core of being for us to embrace, beautiful notes circling around us in all that free space. And in that moment another beautiful soul was born, to take some that space and make it flourish. I had the pleasure of learning to know her just a few days later.

This autumn has been rich of emotion and opportunity. I think, that to balance it out there must be a time of calmness. Perhaps that time is now.

25 thoughts on “About the Balance of Things”