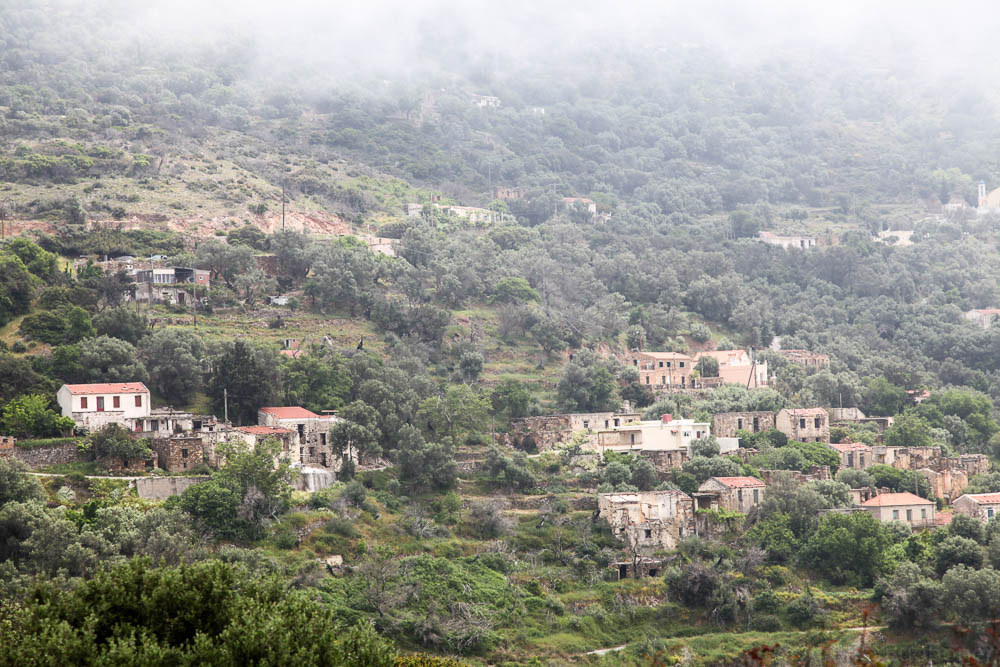 Sometimes when you travel your day turns out quite different than planned. Today was one of those days. I’m still digesting everything that happened but so far I’ve come to the conclusion that not everyone was playing by the rules. However, there were some who filled in, played more than their part, and saved us when we were in trouble. It turned out to be an adventure. For the adventurer, the important part is to forget the original plan when it looks like it’s not going to happen, and focus on the new path, embracing all the experiences along the road.

I think I might have been too ambitious when I planned to see four coast towns around the western Crete today. It soon dawned on us that our rental car couldn’t make the first of them. It coughed, whined, clunked, cranked, chortled and rumbled. It hesitated, growled, took a few kangaroo leaps and froze. Quite a few times we were able to persuade it to continue but then at Manoli’s juice bar it died. After just two hours of our journey to the most beautiful turquoise beaches in western Crete it was out of gas! We hadn’t even looked at the gauge at that point since we knew the tank was full when we took of.

Manolis had about eight dogs, a donkey and ‘a fantastic view’ over the Mediterranean at about half a kilometer up from sea level. Too bad it was a foggy day. Manolis volunteered to get some gas from his brother Jorgos and while he was away we chatted with his eight dogs and his donkey. Sooner than we thought Manolis was back with some gas and off we went with detailed instructions where to get more gas asap. When we finally pulled in to Elos, filled the the tank and sat down for late lunch we realized there was not going to be a tour of coast towns with turquoise waters and white (or pink) powdery beaches, given that our car was not meeting our expectations. Instead we decided to enjoy the lunch and take the most of it. 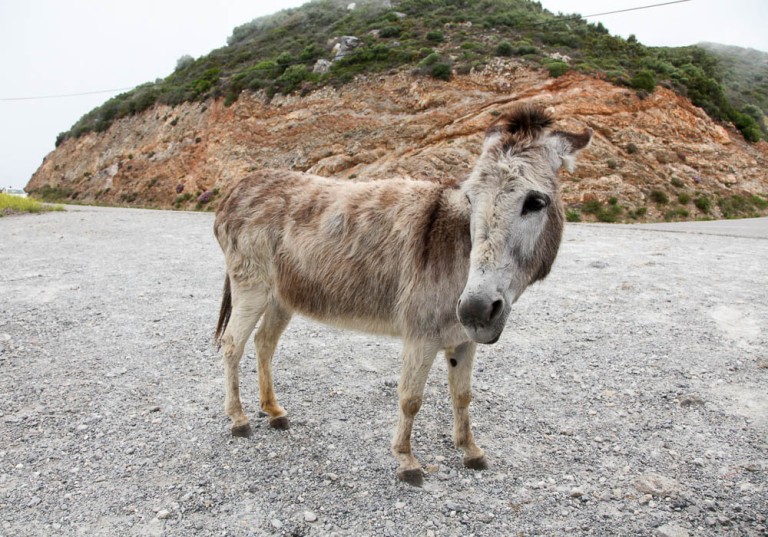 Lunch at Paradosiako (Παραδοσιακο) in Elos proved to be the most authentic and tasty experience we’ve had here in Crete so far. I can still taste the smooth and silky tsatsiki, the texture and flavors of the grilled feta cheese and the juicy tomatoes, cucumbers and onions of the Greek salad in my mouth. My kids devoured their chicken and pork souvlakis like they were the best hotdogs ever. They didn’t even ask for Cokes! Sitting at the terrace overlooking the mountains, underneath some fruit trees in the lazy afternoon sun with some happy laughter and chatting in Greek language around us made us happy, despite the car that was so darned crappy. 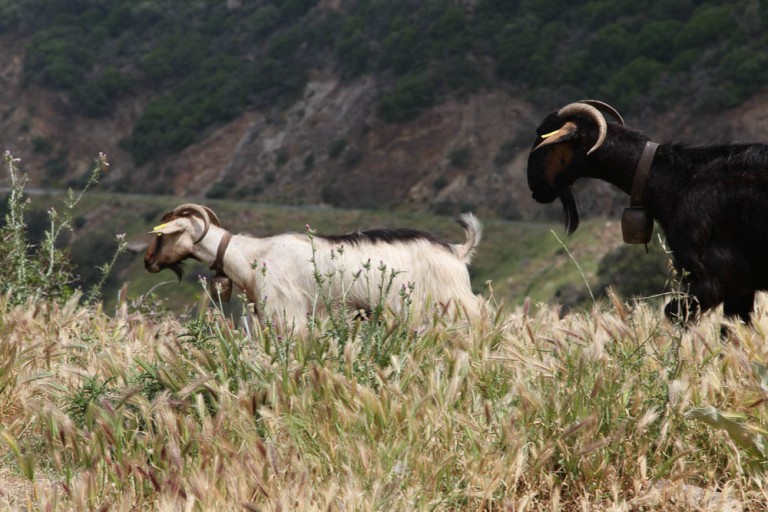