A dark male voice explained new visions on robotics on the radio. I found it extremely interesting but couldn’t really concentrate because I thought that the program was playing way too loud. More than that I could hear the same voice uttering the same words but just a bit later in the other room where my grandmother was ironing pillow cases. On top of that she was trying tell me something over the futuristic stereophonic cacophony.

“However, humankind should harness the advantages…” / “You should really take some of these pillow cases with you when you go home.” /  “…can be achieved by the use of artificial intelligence.” 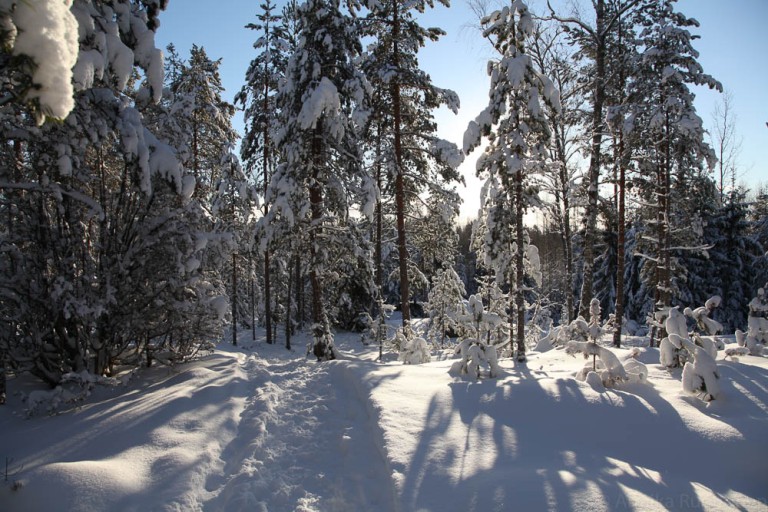 My grandfather had just passed away and I had taken a train up north to stay awhile with my grandmother and help her with the arrangements for the funeral. The house was exactly the same as it had been when I was little. The same wallpaper, the same light, the same feeling. Whenever all the radios in all the rooms were turned off, which happened mostly only at night time, the sounds of the house took me back to my childhood.

“It is a known fact that humans cannot beat artificial intelligence in math problems…” / “I have far too many pillow cases that I will never never use.” / “However, there are other skills in which we remain undefeatable.”

Suddenly a bird appeared on the feeder outside the kitchen window and startled me. While she was pecking on the seeds I looked at the snowy front yard and remembered how we used to have our own Wimbledon there every summer when I was little. We put up a net on the lawn, and marked the lines of the court with an old garden hose. However, the game we played was not tennis, it was badminton. Whilst playing it was utmost important to count the points correctly and remember to drink strawberry juice often. There always was a special juice table next to the court with a pitcher of juice and two glasses. After the game it was time to get some popsicles out of the freezer. My grandfather was an elementary school teacher, which wasn’t difficult to guess at all after you had spent a little time with him. I have later realized that during my childhood he somehow managed to teach me all the names of the wild flowers and all the names of the brass tunes that his orchestra played. 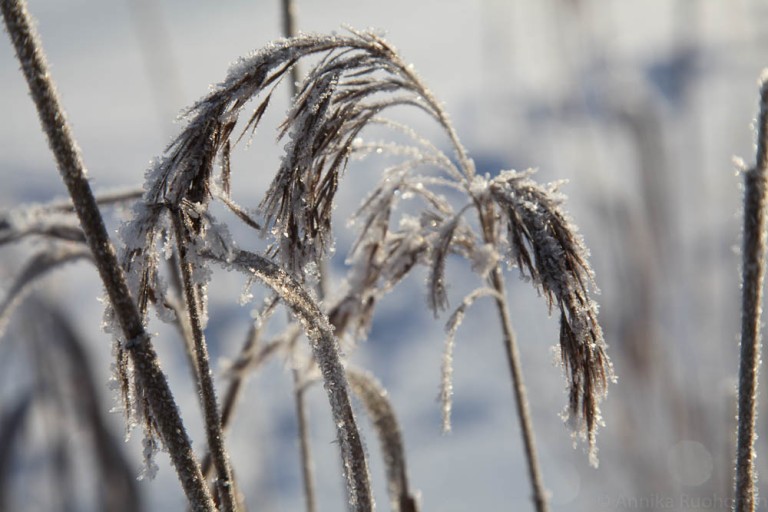 Meanwhile the bird on the feeder had stopped pecking and was now looking at me through the window. My grandmother, who had stopped ironing and come to the kitchen  was now standing behind me. “A bird always finds us whenever we lose someone.” she said. The radios added: “Ro-robots ha-have been u-used on-on the as-assembly-ly li-lines fo-for de-decades-ds.” I admired the way she carried on with her life even though the person she had shared her life with for more than sixty years had just passed away. She was sad of course, but she didn’t let it disrupt her life. Suddenly she was all alone for the first time in her life at the age of 83 but she wasn’t scared. She said that she was fortunate to have such a long and happy life, and now it was time to start a new phase. Secretly I wished that one day I would grow to be as wise, strong and cool as my grandmother.

4 thoughts on “Robots And Pillow Cases”

All content on this site is copyrighted © Annika Ruohonen 2010-2019. All rights reserved, please do not use in any way (including website, blogs etc.) without my written permission. Contact: annika.ruohonen ( a t ) gmail.com

All the writings and images on this page are mine. The writings include fictional elements. My goal is to interpret nature and human nature. I am most grateful for your comments. Thank you for stopping by!